Beat the Sleet: How to Protect Truck Scales from Snow 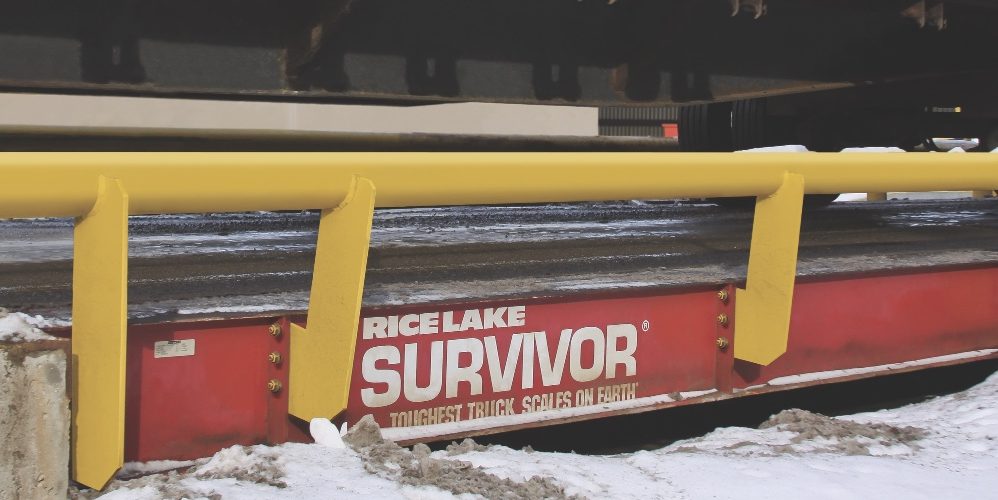 With the cold weather coming in, we wanted to help out our customers in the north by showing them how to beat the sleet and keep their truck scales working smoothly during the harsh weather conditions the winter brings on. Just like any tool or implement that generates revenue for your enterprise, a high-quality truck scale should perform reliably for many years. But with years of use comes years of changing seasons, and in colder climates, a truck scale may be affected by winter weather conditions such as extreme temperatures, snow, and ice. Below we will tell you how you can prevent the damage these issues can cause.

Why Protect Truck Scales from Snow?

Once you’ve invested in a truck scale and installed it in an area that experiences freezing temperatures, you may wonder how to protect your truck scale from ice and snow. Precipitation buildup on or around a truck scale can affect its accuracy. If snow and ice accumulate around suspension components or between the weighbridge and the foundation, it can compromise scale functions. This can result in incorrect weighments and a potential loss of profit. Even if you manage to avoid the snow, buildup of dirt and debris may contain moisture, which can freeze and prevent a scale from functioning properly.

How to Protect Truck Scales from Snow

If your scale has been exposed to snow, it may be time to consider snow removal services. It can be tedious to carefully remove slush and snow from the surface of the scale using a shovel or a broom, so scale owners will often opt to use power equipment. A plow is typically the first choice, but this may not be the best solution when dealing with a highly sensitive weighing instrument like a truck scale. A powered rotary brush or snow blower will prove less damaging than a snowplow, which operates using a blade that could damage the deck of the scale. A snow blower is often a better choice with snowfall over 2 inches, as it moves the snow away from the area around the scale. When snow builds up next to a scale it can drift underneath it, causing suspension parts to become frozen in place.

If snow blows under the scale, it may become incapable of weighing properly. The snow that melts and refreezes can cause ice to form around suspension components, resulting in inaccurate weight readings. To combat this, some scale owners place hay bales or similar barriers around the scale to prevent snow from blowing under the scale.

Ice storms can be equally damaging to truck scales, as freezing rain may build up on suspension components and on weighbridge joints designed to flex. The weighbridge surface then becomes extremely dangerous to walk on– and removing the ice can be very difficult. Steam-cleaning equipment is often used to remove ice buildup on a scale and is safer than using chemicals. Many scale service companies located where ice storms are common to have mobile steam-cleaning equipment.

Some scale owners will turn to salt as a solution. While this does melt the ice, it can also cause premature corrosion of steel components and create unwanted ice buildup underneath the scale, where the temperature is colder than above.

A Truck Scale that Stands Up to Snow and Ice

Rice Lake Weighing Systems line of SURVIVOR® truck scales are built for performance you can rely on—in all weather conditions. Built tough start to finish, a SURVIVOR provides extreme durability even under the most demanding conditions. At Weigh-Tec we sell and install these heavy-duty trucks. Call and get a quote today: https://www.weightec.com/.